Since his emergence in 2017, Larry Gaaga has established himself as one of the most influential people in the Nigerian music industry.

Not only has this guy done songs with such huge artists like Davido, Wizkid, and Burna, but these days, every thing he drops is a hit. Instantly.

A name like “Larry Gaaga” on a song these days means money. A lot of money. And with the artists he’s featuring, everything is usually perfect. How can it go wrong really? It can’t.

That’s why when “Egedege” came, I wasn’t turned on or any thing. I thought it was just Larry doing Larry doings. But as time went on, and things started to unfold, with the hype and everything, I started to think maybe there’s more to the song than meets the eye.

Egedege is actually from a dance popularized by Queen Theresa Onuorah, an Anambra native with a powerful voice in the 80s, 90s, thereabouts. Larry Gaaga didn’t just push for a remake of the song, he actually got the woman, who should now be in her 70s, on the song. Apparently, she still got the voice. 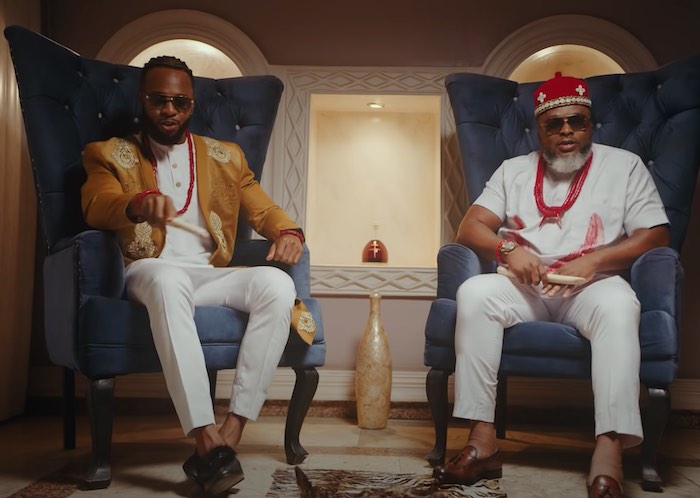 Larry Gaaga’s “Egedege” features Phyno, Flavour, Theresa Onuorah, and Pete Edochie, with Masterkraftdoing the production. Honestly, that’s about the strongest Igbo lineup we can ever get in this industry. That’s something.

The song is actually blowing up and people are talking about it. What this means for the industry? It means we’ve reached a point where it doesn’t matter where the music is from, or what language the music is. As long as it’s good, people will vibe.

I actually see this being a window for artists like The Cavemen and Umu Obiligbo, who have previously being on the sidelines because of the style they’ve adopted. Of course, it will take more than one Larry Gaaga song to change the story, but I believe it is a start.

I still prefer the original “Egwu Egedege” to this one, though. But it’s all good.

What Are Your Thoughts?