Have ever wondered what Nigerians think of President Buhari right now?

Frankly speaking, ‘Nigerians think less of Buhari as a leader and more as a power drunk politician, dictator who crave to cling to power at all cost and an unapologetic tribalist’ who do not represent the larger Nigeria state, but seek to protect the interest of Northern Nigeria, most especially the Hausa/Fulani circle.

Although many looked forward to his regime as one that will liberate the average Nigerian from his misery, because of his Change mantra which promised to clampdown and eradicate the bad practices of the immediate past administration, Buhari’s administration, now in its second tenure has done less than more to satisfy the needs of the Nigerian State in general.

His administration while initiating the “Fight against Corruption ” campaign, has failed woefully in containing the act. Many observers criticizing the campaign point out that instead of arresting the issue of Corruption, it has helped it metamorphose as those engaged in it use more sophisticated means to avoid being caught or prosecuted.

Also, many observers, including myself, criticize him for using the campaign to Witch-hunt political opponents who are deemed as corrupt while members of his APC Party accused for corrupt practices are left to roam free and are even rewarded with positions in the Government.

Nigerians were made to believe that looted funds were and are being recovered, Nigerians are yet to be told where the money goes to, who is in charge of it, and what is being done with it. They are left guessing as different propaganda after another is employed by the Government in taking the mind of Nigerians of the question, “where are the recovered looted funds?”

Nigerians say, “Buhari’s fight against Corruption is corrupt itself,” and call for and end to that corruption.

From a promise to restore Nigeria to its days of Agricultural prowess, to the promise of eradicating Boko Haram within just two months in office, to the promise of restoring the Naira to trade at one Naira=one US Dollar, to the promise of paying every unemployed youth N5000 Naira, it is noteworthy to say that his administration has not fulfilled any of these promises.

Under his watch, youth unemployment, lack of power supply, fuel scarcity, refusal to clean up Ogoniland, etc, are still prevalent.

Under his watch; the State fell to its worst economic recession in decades, spate of uncontrolled killings especially by Fulani Heardsmen is the other of the day- a trend that has attracted his administration much criticism and questioning about its commitment to the internal security of the average Nigerian.

About His Health Condition: 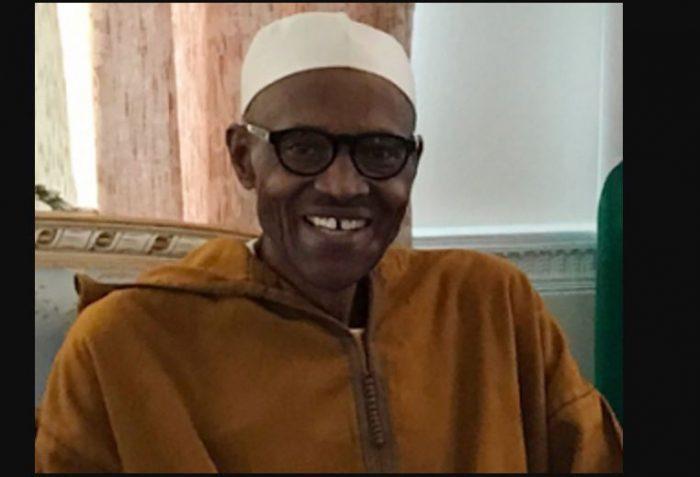 The mystery still surrounding the sickness of Mr President still remains unresolved. Indeed, after countless timesof being away in London due to sickness, Nigerians are yet to be made aware of what exactly is wrong with their President and his current state of health. All calls for the President to resign have been vehemently rejected by him, the ruling APC Party, some group of individuals known as the cabal and vast majority of Northeners.

6 years on since Mr President took over, the average Nigerian is not better off. The Prices of food, goods and services are still high/rising, the Naira continously losing its value. Protesters get shot to death by the military and police or are arrested and made to remain in detaintion for months/years.

6 years since, all calls for Restructuring have witnessed no tangible/positive response from the APC and the call for the discussion of the issue of BIAFRA (even as agitation for the sovereign State of Biafra becomes stronger each day) has yielded no fruit. Instead, Mr President’s administration resorts to use of force as a way of eradicating the movement. A strategy that has worsened the case rather than help it.

Indeed, Buhari’s change instead of being positive has been quoted by many sections of the country as negative and unhelpful in solving the perilous state Nigeria is currently in.

Nigerians think that at this moment, Mr President Should resign. We think that he has tried, only his trial was not good enough. It would be an honor if he does so for the greater good of the country and for the betterment of his health. He came, saw and conquered. Now is time to give someone else the chance to fix the country falling apart.

In a nutshell, Buhari is a FAILURE in capital letters. #BuhariMustGo!

FACT CHECK!! This Is What Nigerians Think Of President Muhammadu Buhari Right Now?