A Nigerian man has taken to a popular social media platform in the country to narrate his relationship experience.

According to the man identified as Bayo, he revealed that his girlfriend, now his ex, cheated on him and got married.

The strange part of the story was that she gave birth and named her son after him. 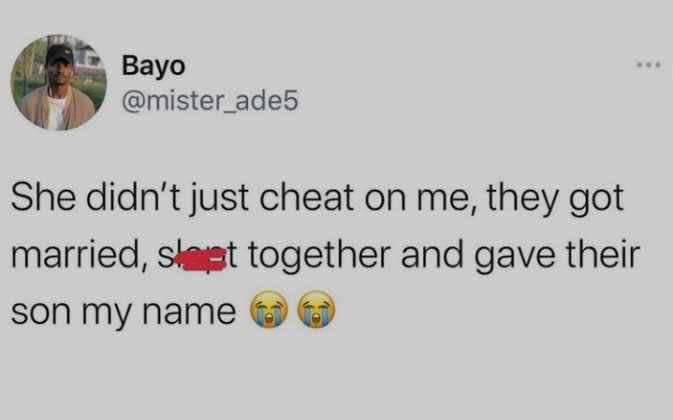