Oh yeah, Theresa Onuorah is the original owner of the song “Egedege“. As a matter of fact, I’m making this review because of her.

Who Is Theresa Onuorah? 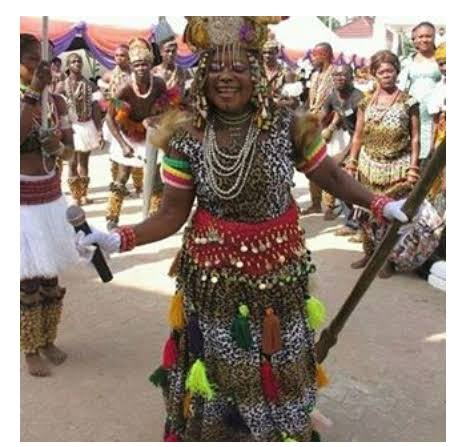 Theresa Onuorah is popularly known as Queen of the Coast and the Egedege Dance goddess of Unubi. Her Ogene music and Egedege dancing troop was popular in the East during the 80s and 90s

In those days, any event she was invited or paid to perform was always filled to the brim. Her presence, in any event, was always revered.

The titled red-cap Chiefs and women used to occupy special positions in the event just to have a full view of her as she performed.

She was famous in her time that it was rumored that the highly revered ‘Osinamili’ of Orjiezeka Amichi, a very wealthy man sought her hand in marriage and she turned him down.

That being said, now let’s talk about her recent collaboration with Larry Gaaga, Flavour and Phyno.

Larry Gaaga: A lot of people patiently waited to see him sing even a line in the song, but he didn’t.

Some people referred him as “Low Budget DJ Khalid” and I disagree with that. I find it demeaning and insulting. He is simply himself, Larry Gaaga or better still, “African DJ Khalid” full stop.

Flavour: Ijele ndi Igbo did justice to the song as usual, he never disappoint. Azin he finish work eh. His choice of words, appearance, all perfect. I love that guy (no homo).

Phyno: I was so disappointed in Phyno’s lyrics. How could you be talking about women in a song that features legendary Theresa Onuorah, Pete Edochie and some other dignitaries in Igboland.

Phyno well at all ni.🤔

Theresa Onuorah: Mehn her energy even at her age, baffles me. Nothing changed, the Queen of the Coast and Egedege Dance goddess of Unubi of 80s, 90s is still very much alive. 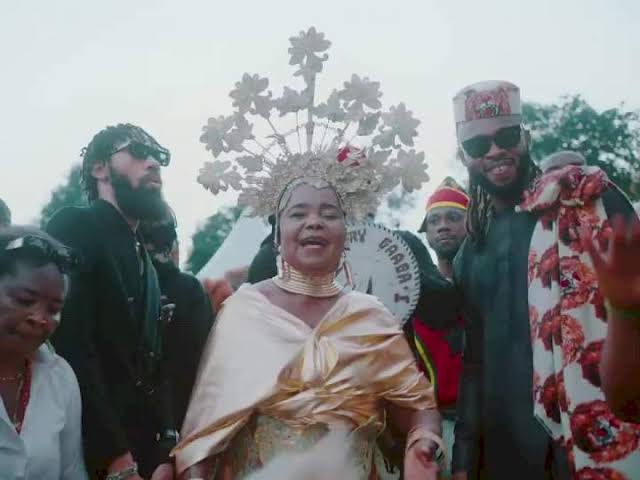 You know in those days, there was a myth that she’s from the river (River goddess). Many were made to believe that since she was from the river, she would not marry any man.

On her side, she never made an attempt to debunk all of these rumors and myths speculated about her. Though later on, she married an Unubi man, has a grownup son with her husband and other children.

In my opinion, The “Egedege” worth the hype, not an average song or thrash. If you’re a lover of culture and tradition, you’d definitely love the song. Not the regular son you vibe to. Hahaha.

So what ya say?