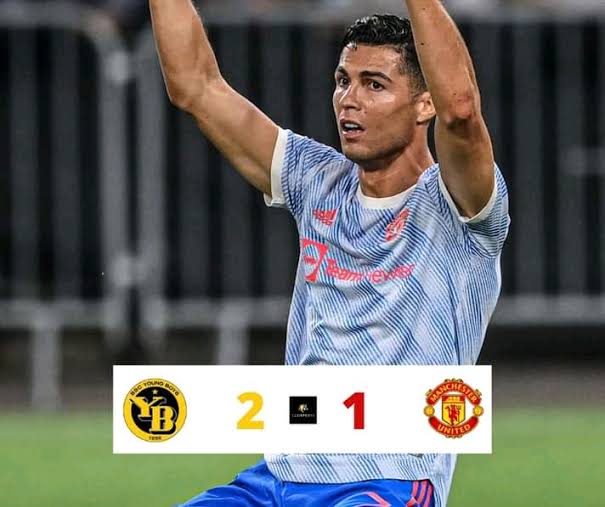 Cristiano Ronaldo gave United an early lead, scoring in the 13 minutes into the game.

But the moment Wan-Bissaka got a red card for a bad tackle on Christopher Martins, United lost control of the game.

With United reduced to 10-man, Young Boys took control of the game with Cameroon’s Nicolas Ngamaleu netting an equaliser in the 66th minute.

Who’s To Be Blamed For This Shameful & Disgraceful Defeat? (Ronaldo or Ole?)