One of Nigeria’s best artists, Davido, has just hit another milestone with his 2020 album, “A Better Time.”

“A Better Time,” which was released about six months ago, was one of the hottest releases of 2020, alongside Wizkid‘s “Made in Lagos” and Olamide‘s “Carpe Diem.”

The album, which had the hit single, “Fem” has now surpassed 200 Million Streams on the AudioMack streaming platform. 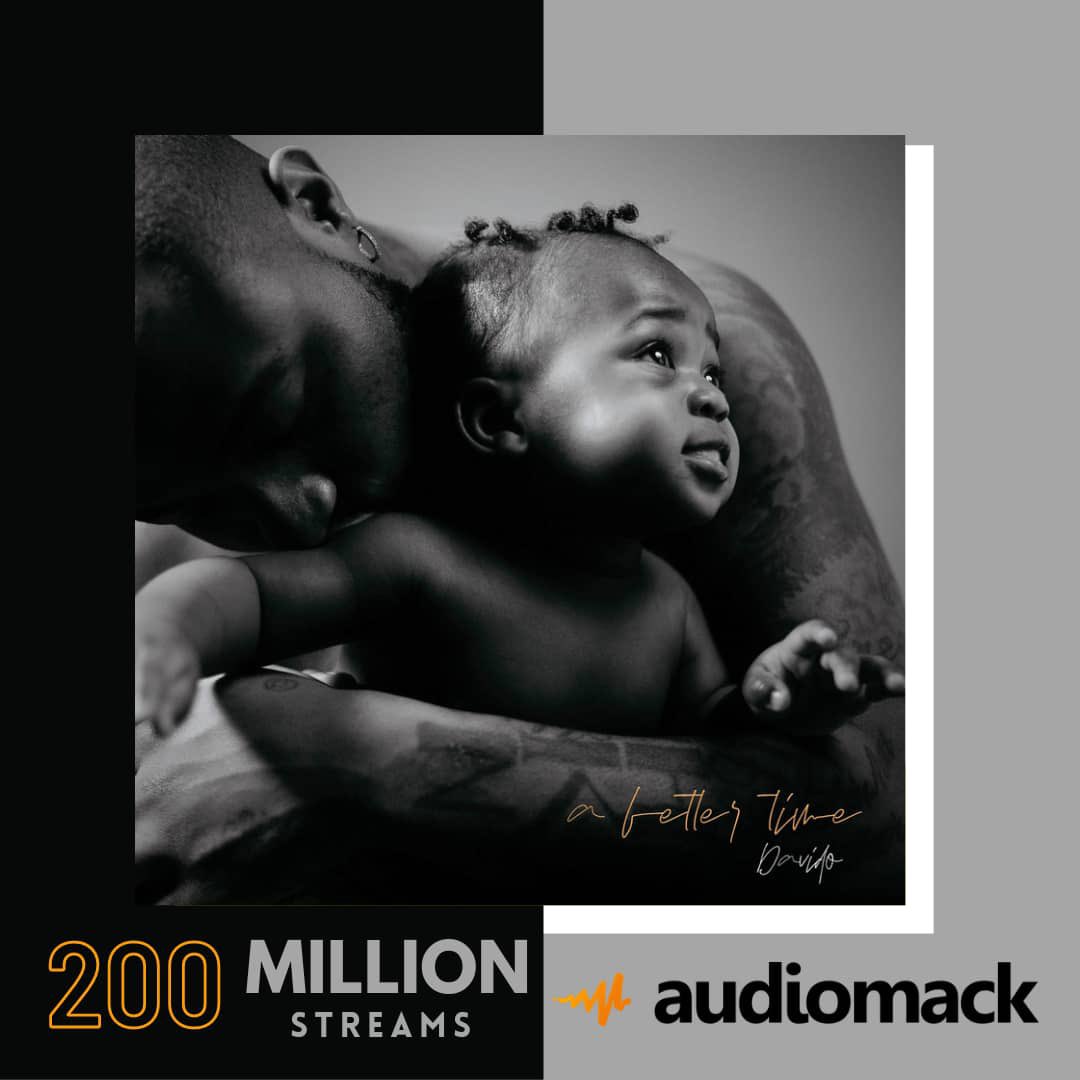 This makes it the most streamed African album of all time on the platform, which is largely used by Nigerians.

For perspective, Wizkid‘s “Made in Lagos” has 144 Million Streams on the platform currently, while “CarpeDiem” has 147 Million. This is to tell you that what Davido has pulled is a real feat.

While of course, his numbers on other platforms like Spotify are not the biggest, Davido is definitely holding AudioMack down. The pop star is also the first African act with two albums of over 100 Million Streams on the platform.

Recall that “A Better Time” was released last year to mixed reviews. While some praised Davido for sticking to the core of his sound, others bashed the album for not having a coherent sound.

Meanwhile, none of that has stopped the album from being one of the most commercially successful, in recent times.

This new AudioMack feat seems to confirm that. Davidois definitely killing it out here!

What’s Your Favourite Track From “A Better Time”?